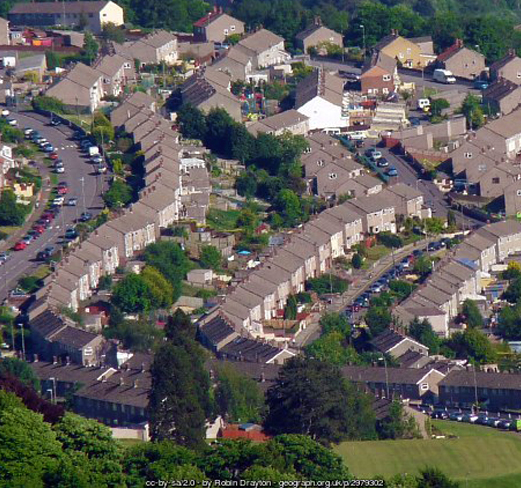 Risca is situated in south-east Wales, within the Caerphilly County Borough and the historic boundaries of Monmouthshire. Risca has a rural aspect and is surrounded to the east and west by several extensively wooded hills including Mynydd Machen and Twmbarlwm which attract tourists for the hillwalking and mountain bikers to Cwmcarn Forest Drive.

The town is served by Risca and Pontymister railway station which is served by direct trains between Cardiff Central and Ebbw Vale Town.

The community comprehensive school is located in the town where there are approximately 500 pupils who attend. It is located on the same site as the leisure centre which provides a swimming pool, health and fitness suite, squash courts, sports hall, dance studio amongst other facilities.

Risca United F.C. play in the Welsh Football League Division One and Risca RFC (The Cuckoos) play in the Welsh Rugby Union Division 3 East, at Stores Field, Risca. There is also a very active mini-rugby and junior section for members aged 6 - 16.

Risca even has an award-winning male voice choir, has weekly practice sessions and welcomes all newcomers.

A few notable landmarks and buildings are the Iron Age hill fort at Twmbarlwm, The Welsh Oak pub on the outskirts of Pontymister, a meeting place for The Chartists during the Newport Rising of 1839. The park 'Tredegar Grounds' was donated to the people of Risca in 1897 by Lord Tredegar to commemorate Queen Victoria's Diamond Jubilee.

LOOKING TO SELL OR LET YOUR PROPERTY?

With many years property experience and local area knowledge, Robert Holder would be happy to provide you with a realistic valuation of your property. Contact us today to discover your property value. 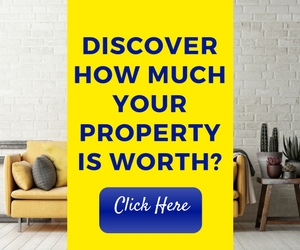 What Our Customers Say...

With years of experience, we have met many people who we have let and sold property for, provided mortgages and insurance to, and general property help and advice, here is what a few of them have to say about the service they have received from Robert Holder Estate Agents.

Excellent service from Robert Holder, from start to finish. Would highly recommend to anyone looking to sell their home in the future.

Kept me informed during every process, very professional, couldn't have asked for more. Will defo be using again.

As a landlord, it's important I have a reliable agent that knows what they're doing, Robert ticks all the boxes.

An excellent level of service at all times, wouldn't hesitate to use again. Helpful, knowledgeable and professional.

When selling our house with Robert Holder, we found him to be very friendly and helpful, would definitely use again.

Always on hand to offer help and advice. Found us the perfect place for our family to rent. Great service at all times.

Our elderly mother was looking to move to a more suitable property, we approached Robert Holder for a valuation, instructed him and the property was sold within a couple of weeks. Awesome...

After using other agents to let my property, I wanted a change. Someone recommended Robert Holder to me and I'm so glad they did. A truly knowledgeable guy, and so glad I switched. Keep up the great work.

CORONAVIRUS NOTICE: How we are protecting our clients.
Find Out More

In the light of the constantly evolving situation we will endeavor to ensure our office is operational as far as possible, making sure that everyone's health is considered.

If the office has to close, our staff will be working remotely and will be able to receive and reply to emails forwarded to info@robertholder.wales or via this website. Telephones will be diverted to our staff mobiles and messages left will be actioned appropriately.

However please note the following:

. Please bear with us in these difficult times.